The level of geological understanding of the Tritton deposit has increased significantly during the year as the underground development exposes more of the mineralised system. The geology of the Tritton deposit has changed at depth and as the mining front has exposure to more of the geology, it has also allowed a greater understanding of the mineralised system.

The deposit has transitioned from a tabular north-south trending system to an elongated east-west trending ellipsoid, with the deposit thickness increasing from a minimum of 20 metres to more than 80 metres in places.  Copper grades have steadily decreased with the increasing depth.  As the mineralised system has changed with increasing depth, internal high-grade copper shoots have been identified within the Measured Mineral Resource classified sections of the Tritton deposit. It appears that the high-grade shoots may extend deeper within sparsely drilled sections of the deposit, with further work planned in the coming year to better define their potential to be mined.

During the year, six drill holes were completed targeting down dip extensions to the interpreted higher-grade copper shoots at Tritton.  Two drill holes deviated more than anticipated and did not intersect the intended horizon.  Of the remaining four drill holes, assay results included:

Further drilling is planned within the Tritton – Budgerygar corridor in the coming year, focused on increasing the Mineral Resource base at the Tritton deposit and surrounding mineralisation extensions including North Wing and Budgerygar. 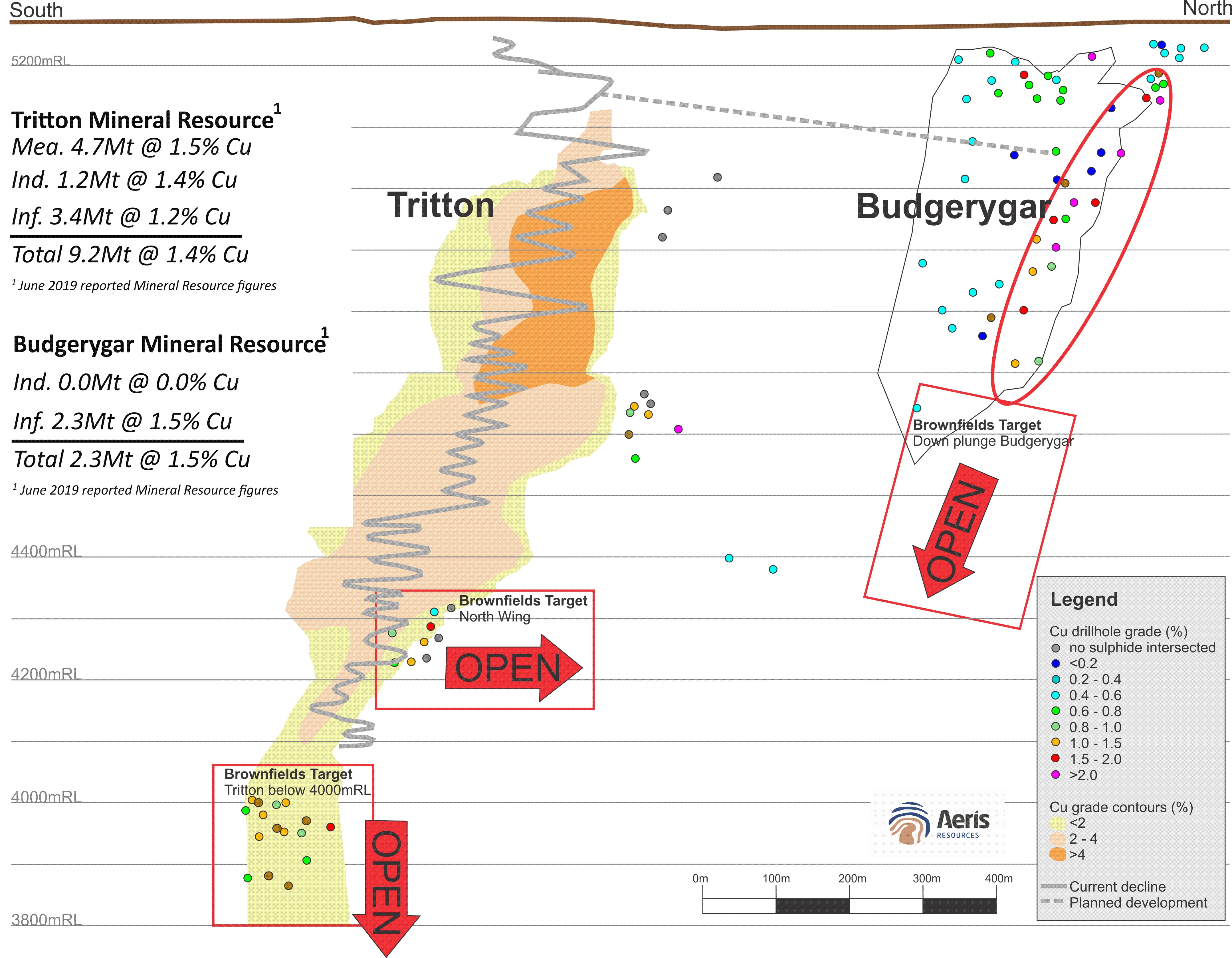 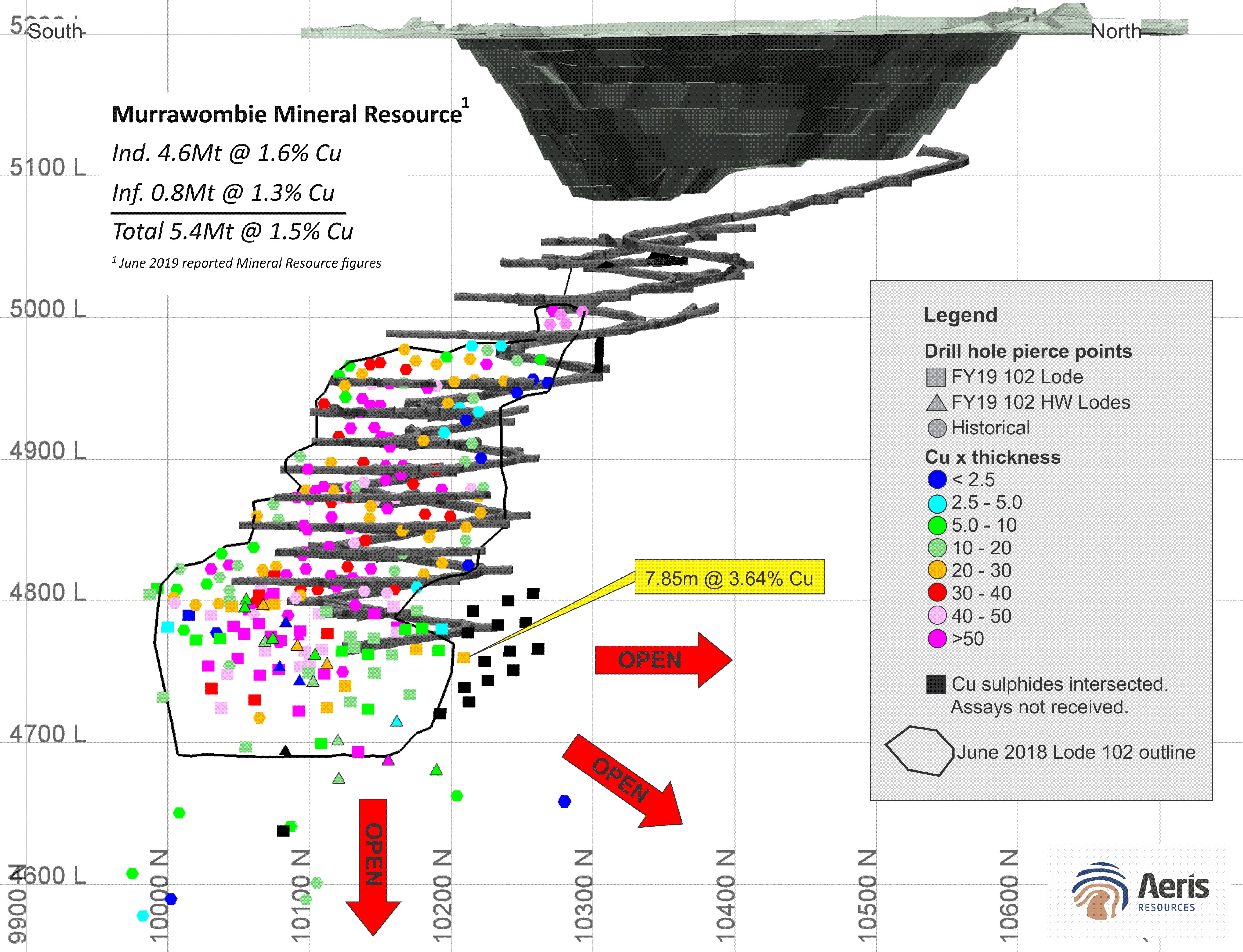 The deposits discovered on the Tritton tenement package typically have a long down plunge extent and the same is expected to be true at the Avoca Tank deposit. Future exploration drilling of the deposit will be most efficient from an underground platform. However, to assist with feasibility studies, a small drilling program of up to 3 drill holes to test the vertical extension of the deposit is planned.