The Stockman Project is an advanced copper and zinc development project located approximately 300 km northeast of Melbourne in the East Gippsland region of Victoria. Stockman is an exciting long-life project with all primary approvals granted and a definitive feasibility study (DFS) well underway. Aeris is targeting completion of the DFS and a final investment decision by the end of FY2023 with construction to commence in 2024.

The development concept consists of two underground mines, including the historic Wilga Mine and the new Currawong Mine which will include the operation’s supporting infrastructure, processing plant and an accommodation village.

The concentrates will be loaded into containers for transport via road train to port for shipping to smelters. Tailings from the process plant will be used to produce paste fill for backfilling underground mining voids. Surplus tailings will be placed in the existing surface tailings storage facility which will be recommissioned during construction.

The Stockman tenements host more than 50 near-mine prospects of exploration interest. Most of these prospects are VHMS style, similar to Wilga and Currawong, however several are also considered prospective for epithermal gold mineralisation.

Mineral Resources have been defined at the Eureka and Bigfoot deposits but are not currently included in the mine plan. Further exploration is also planned for the prospective Peppermint, Brumby and Banksia prospects. 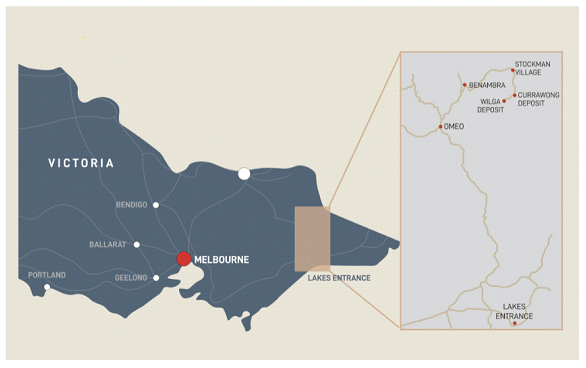 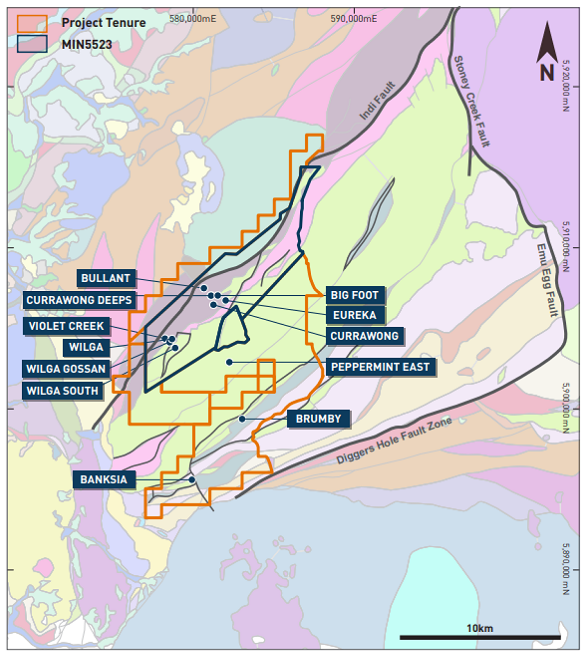